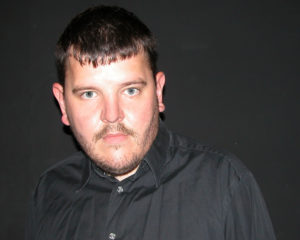 Michael joined Prospero in 2005. Since then he has been in numerous productions including Macbeth, Snow White, 1984, Medea, Coma and Redsnd the Wolf. Michael is a drama assistant at Prospero’s Friday Club for adults with disabilities. He has appeared in many Friday Club shows including the Lion King, the Wizard of Oz and Terrorfoot’s Revenge. Michael is also involved in Prospero’s work in schools; he has led workshops on A Christmas Carol at Sunnydown School for boys. He also played the lead in a tour of hospital schools as the elephant in Elephant of My Heart by Jessica Clements.