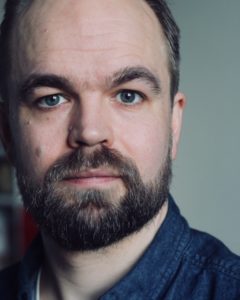 Mark Johnson is an actor, director, writer and facilitator of 15 years experience. He trained as an actor at Rose Bruford School of Speech and Drama and has worked in theatre, television and film. As a teacher and director he has worked with both young people and adults both directing productions and facilitating workshops. Mark is currently studying for an MA in Actor Training and Coaching at the Royal Central School of speech and Drama, and continues to perform as an actor and improviser at the same time.